In 1956 when oil was discovered in Nigeria, this was the beginning of a new journey for a country that would later get independence from Great Britain four years after.

Sixty-two years later, Nigeria, now Africa’s largest oil producer, was present at last year’s Glasgow’s UN COP26 climate change summit. President Muhammadu Buhari, Nigeria’s President, committed to achieving net-zero carbon emissions by 2060. Undoubtedly, synonymous with the colour green (the flag, the food), Nigeria will play a significant role in climate change for Africa and the world. But is this promise by the president another episode of greenwashing?

Oil and gas companies are stepping up their sustainability commitments as they adapt to the newly emerging realities of the world. Oil giants such as ‘ Total’ recently rebranded themselves as Total Energies in a bid to join others in the planet’s sustainable development facing the climate challenge. Shell also plans to end its onshore activities in Nigeria, which has left the lush mangroves of the Niger Delta for years shimmering in a rainbow sheen of crude oil.

But for a country that is heavily dependent on crude oil, Nigeria is instead moving very slow, and that’s if moving forward in terms of sustainability.

It’s 2022, and there is a significant soot problem in Nigeria’s oil capital city of Port Harcourt.

According to a first-hand report from a resident of the city, it took some time to understand why a town that has been relatively environmentally friendly and even nicknamed ‘ the garden city’ all of a sudden is laden in thick dark clouds. The rumours, in the beginning, were “scrap tyres were burnt close by”, “a naval ship was on fire in the creeks”, or “the army confiscated a pirate boat and incinerated it”. All these were speculations. No one was certain. However, once in a while, there were plumes of smoke in the neighbourhood to serve as evidence. It was subtle, soot around a few locations, so easy to accept the rumours and to some extent were believable, but this later took another turn.

A resident who left the town a year ago visiting was shocked at what the city was becoming. In his words, ‘my city gradually is becoming a low tier Chernobyl’. One sees black solid pollutants floating in the air as they fall to the ground with your handkerchief stained after cleaning your face and nostrils or sneezing. Indoors, mopping the floor and the water turns black when wet or cleaned, soot collects on building roofs, white walls turning them grey or black, the blades of a typical white ceiling fan gathers black dust instead of the usual brown dust. And outdoor, an unusual apocalyptic dark cloud like a brewing storm. 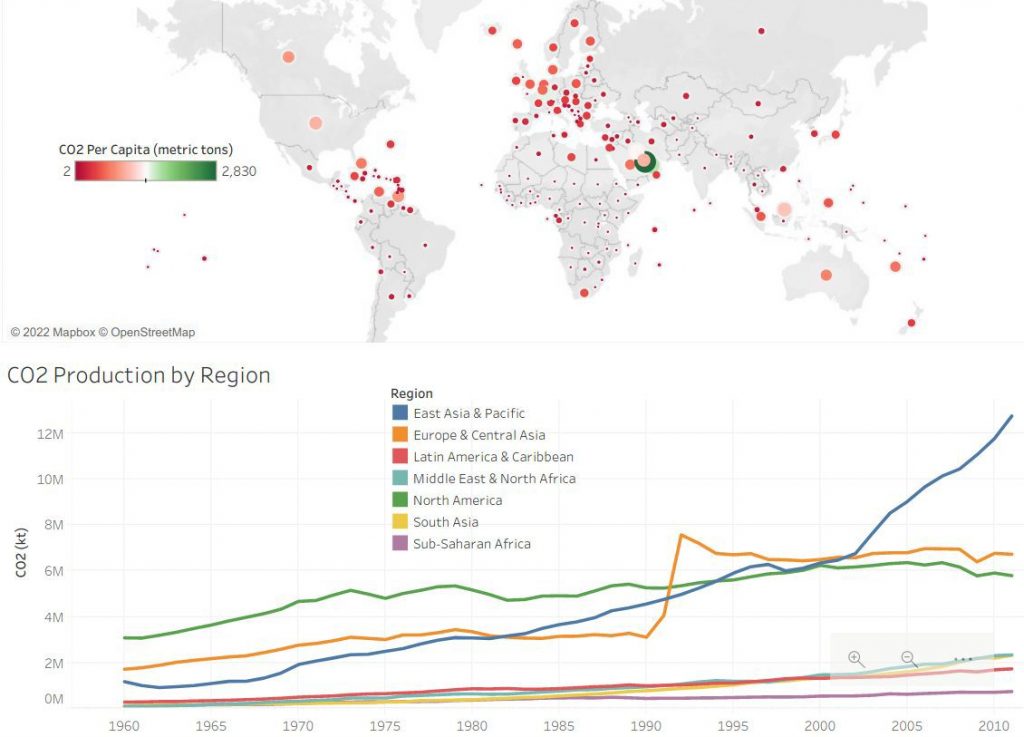 So what happened? Or how did a city nicknamed ‘garden city’ become a soot empire?

Recent investigation shows that illegal oil bunkering or crude oil refining was at the forefront of the heavy soot in the Nigerian oil city of Port Harcourt. To make the matter worse, some government agencies that should be curtailing such acts are the mastermind of this new but lucrative field. This begs the question- at what cost?

In the beautiful city of Lagos, a city with over 15.5 million population, the largest city in Nigeria and the second-most populous city in Africa, is an urban nature park. Lufasi park is a 25-hectare pristine Farm-Forest, situated in the heart of highly urbanized Lagos, Nigeria. The owner loves to call it ‘the city’s lungs. He, the owner, a well-known sustainability leader in Nigeria, is among the few that understands what climate change truly means. In a short conversation, he explains how many investors have approached him to sell the land for real estate. This is very tempting, especially in Lagos, with its high real estate value. He might not be making as much as one would expect to make from land that size, but this is a fight for Earth, not money. It was even sad when the government tried to get this land forcefully.

About forty kilometres from the exact nature’s park is a local reptile market where endangered species like crocodiles, porcupines, antelopes and pangolins are hunted down and sold cheaply for meat. It’s so easy to buy them that all you need is to get there and negotiate the price.

You might wonder what the Nigerian government role in curbing this is? To begin, society has little knowledge about what environmental protection truly means, and this cuts across all social strata, and the well educated are not left out.

A restaurant in downtown Lagos offers exquisite delicacies of these reptiles at an exorbitant price that is affordable to the Nigerian middle class and Chinese expatriates living in Nigeria.

Among the terrifying effects of global warming is the incessant flooding, especially in coastal areas, the city of Lagos is one of the fastest sinking cities, and experts have speculated that by 2050, Lagos island will be fully be submerged in water.

Are there any worries yet by the residents? Absolutely No! Real estate developers are dredging and sand filling the Atlantic ocean to create a new elitist community for the wealthiest. Banana Island, an artificial island in the coastal neighbourhood of Lagos, has one of the most expensive properties in Africa, with a three-bedroom apartment starting at about three million USD.

Nigeria had a significant recession in early 2016 due to the world’s low crude prices, and this forced many travellers who mostly look towards international travel to look inward into domestic tourism. People got more into the culture of hiking, forest trekking and visiting natural places in Nigeria, the popular ones and the off the beaten paths. A promising direction for domestic tourism, right? Well, Yes and No.

In Abuja, the capital city of Nigeria and a city with many hills, hiking is a popular culture nowadays, but this is done more for profitability at the expense of the environment. A typical hike can have up to five hundred people or more visiting just one place. Such ‘overtourism’ has degraded flora and fauna, with many spraying graffiti and names on rock surfaces. This is a punishable offence that could lead to a heavy fine or a jail term in the United Kingdom.

It just doesn’t end there; most of the ubiquitous monkeys on those hills have left into the deeper jungle to find refuge. A typical hike costs around 2£ per person; having more people means more money for each Saturday dedicated to hiking.

The hooded vulture, native to sub-Saharan Africa and is listed as Critically Endangered, used to have Nigeria as its highest density region. These vultures play an essential role in the ecosystem and in maintaining biodiversity. A survey in Nigeria showed that 90% of vulture parts traded as traditional medicine were from the hooded vulture species. In some local villages in Nigeria, such vultures are seen as a bad omen and hunted for witchcraft.

But to give credit to those in the direction of sustainability, Bonny island, in the same state as the soot city Port Harcourt, has biodiversity being preserved in the form of a nature eco-park, done by an indigenous Oil-producing company. In the words of Winston Churchill, “To build may have to be the slow and laborious task of years. To destroy can be the thoughtless act of a single day. “ 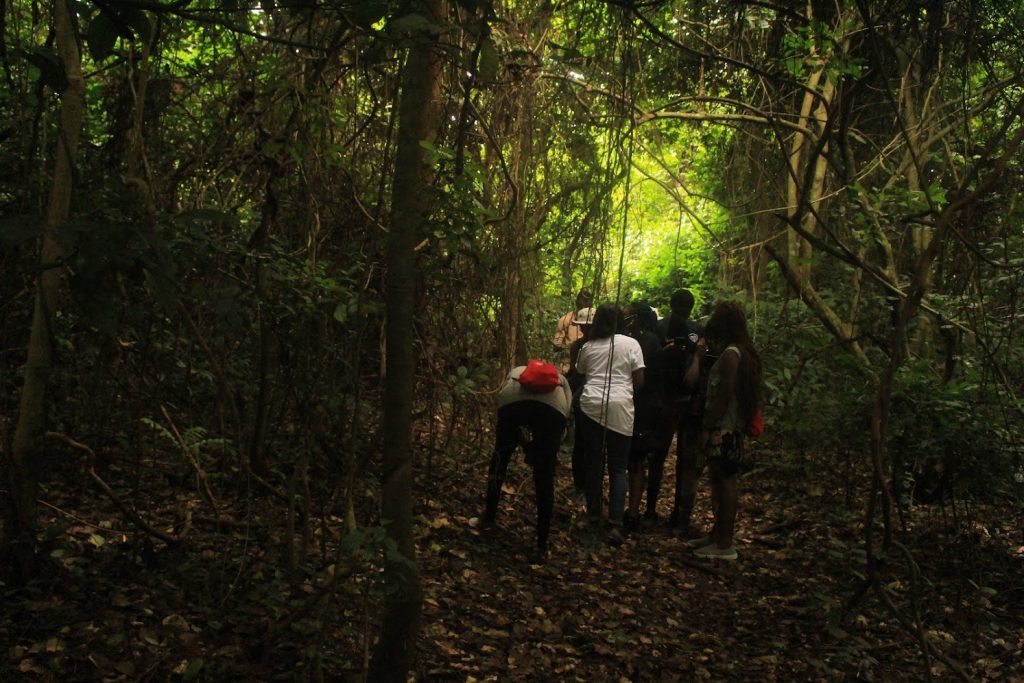