10 Ultimate Things to do in Lagos-By Adebayo Ebenezer Mayowa 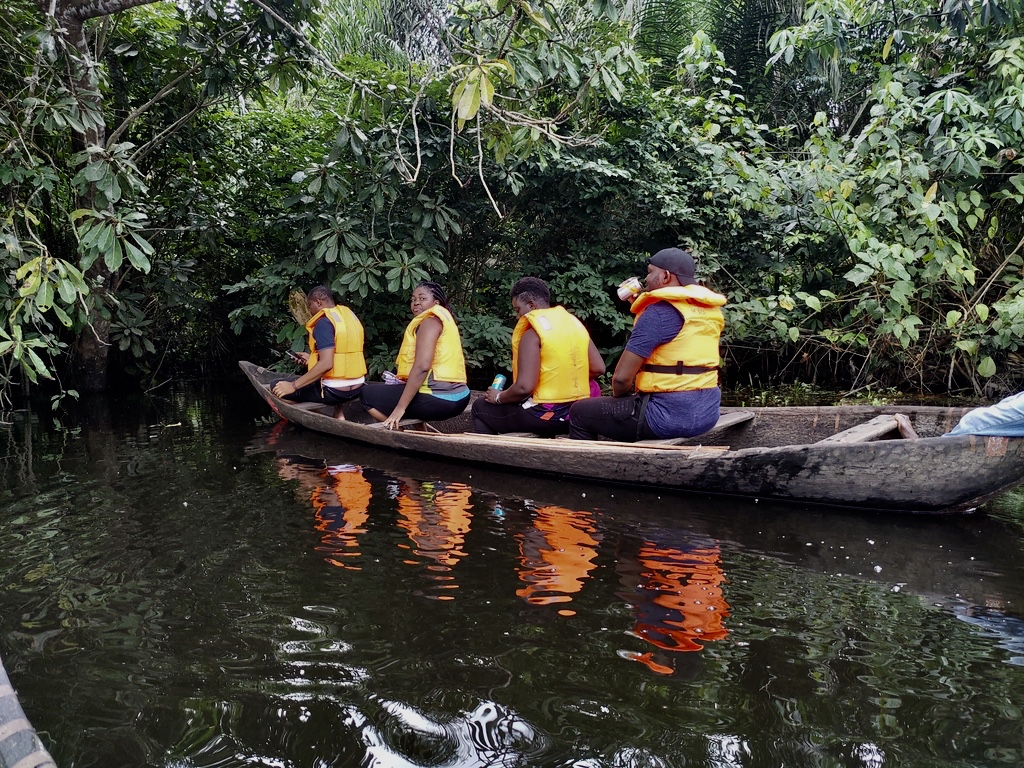 I originally published it on Guardian Nigeria. Here is the full version:

Lagos, which is also eko, was renamed. The name Lagos is a Portuguese word that means lakes. You can’t visit Lagos without seeing at least one beach. There are numerous to pick from; among them are Tarkwa Bay, Elegushi, Jara, Badagry etc.

Slowing down to enjoy Lagos have to be a deliberate act as Lagos is a fast-moving city; if you snooze, you lose. Staring and slowing your thought into a piece of artwork can provide solace and balance you need to enjoy Lagos, something sorely lacking for many of many Lagosians, even in normal time. Lagos, fortunately, has many galleries which you can visit, and most are free.

Nike art gallery located around the Lekki phase I axis is a haven for artworks of all kind and allows you to see paintings and artworks from artist/painters in Lagos and outside Lagos. This visit can also be a unique opportunity to purchase beautiful arts as souvenirs. Apart from the Nike art gallery, we have Rele Gallery, Yummy Shollyson gallery, Omenka Gallery, Terra Kulture, and Red door gallery; all these spaces are must-visit.

Most big cities have where they started from gradually before they spread into other areas and became prominent. Lagos is not an exception. Lagos, a port-city, started as a collection of islands. Old Lagos, called Ìsàlẹ̀ Èkó,  the original name of Lagos before the colonial guys.

Walk around the Brazilian-Cuban architecture built by returnees from slave trade, see the building of the City Hall on and go to Shitta Bey mosque, a Brazilian Baroque style of architecture built by skilled artisans of former Yoruba slave returnees. Follow the street, and along the way, you’ll see an attractive colonial-style building typically having arches on the doors and windows.

The Lagos Marina, one of the first Marina in Nigeria and a port for shipping trade during colonial Lagos, is also situated around the same place. The Marina today is where the central business centre of Lagos is located, and most companies have their head offices there. At the Marina, you can enjoy the Lagos sunset view and visit the oldest Anglican cathedral in Nigeria, a beautiful edifice and one of the most photographed places in Lagos.

A city shows itself at night. For some, a concert in a city is the best way to experience it, and the best place for such is Lagos. The nightlife of Lagos is beautiful and more imaginative than you know. A popular song goes, ain’t no party like Lagos party.

If you’re a concert kind of person, many concerts are going on every weekend in Lagos. Freedom Park, formerly a prison during colonial times, is a memorial and leisure park and often a friendly environment for weekend concerts and theatre plays. With the rave and wave of Afropop globally, Lagos is home to two Grammy artists, so you might be lucky to be in a concert where one of them is performing.

The Muri Okunola Park and Bogogiri are other places to some beautiful evening live band concert. A visit to the Muson centre, a performing-arts centre, allows you to see plays/drama of popular books from internationally renowned Nigerian writers such as Chinua Achebe, Wole Soyinka and Chimamanda Adichie.

The legendary Afrobeat king, Fela Anikulapo-Kuti New Afrika Shrine, and a museum called the Kalakuta Republic. His sons, who are also great musicians, have concerts at the shrine around the year. A visit to the museum gives the rare privilege to learn and insight into the life of the late Afrobeat king.

5.Visit the biggest market in Lagos

Balogun market! A little observatory walks around famous open-air market around Lagos such as the Balogun Market will force you into the reality of the ever-bubbling Lagos. Make sure you dress light and be ready to get tucked in between the crowd.

6.See nature from the eyes of Lagos

A visit to Lagos is not complete if you don’t escape the city life and venture into nature. There are numerous green parks in Lagos, but two beautiful nature park on the island side of Lagos stand out. Lufasi park, an urban green area and jokingly referred to as the lungs of the environment, is a beautiful twenty-hectare pristine Farm-Forest that houses a beautiful lake and scenic natural spot where you can rekindle your soul.

Another beautiful spot is the Lekki conservation centre which is home to the longest canopy walk in Africa. Don’t leave Lagos without ticking out these places on your bucket list.

Nigeria is a multicultural country, and therein has so much to offer in terms of food. The best places to have a taste of this are in Lagos. You can start by trying out some of Lagos street foods that you find at different corners; these are usually finger foods called small chops, packs of Samosa, grilled chicken or turkey, spring roll, and puff puff.

8.Take a boat ride and see the coastline of Lagos from the seaside.

Or you can even go kayaking if you like to paddle yourself. The jetty of Ikoyi in Lagos have kayak services that can be rented to get this unique experience.

This is a wild adventure! Only try when you have a local with you to guide you. The Lagos yellow buses are unique to Lagos only. These old yellow ubiquitous Volkswagen buses are not just a means of transportation but a cultural experience on their own. Join in the drama of commuters fighting for space, and pass your first Lagos survival test.

The Lagos Ikoyi bridge stands boldly as one of the links connecting the Lagos mainland and island. Mark Zuckerberg’s first visit to Nigeria ran and had a jog on this same bridge. If you’re a fitness enthusiast, this is a good place for an early morning weekend jogging when you visit Lagos.