Caving Nigeria: 10 caves you should know- 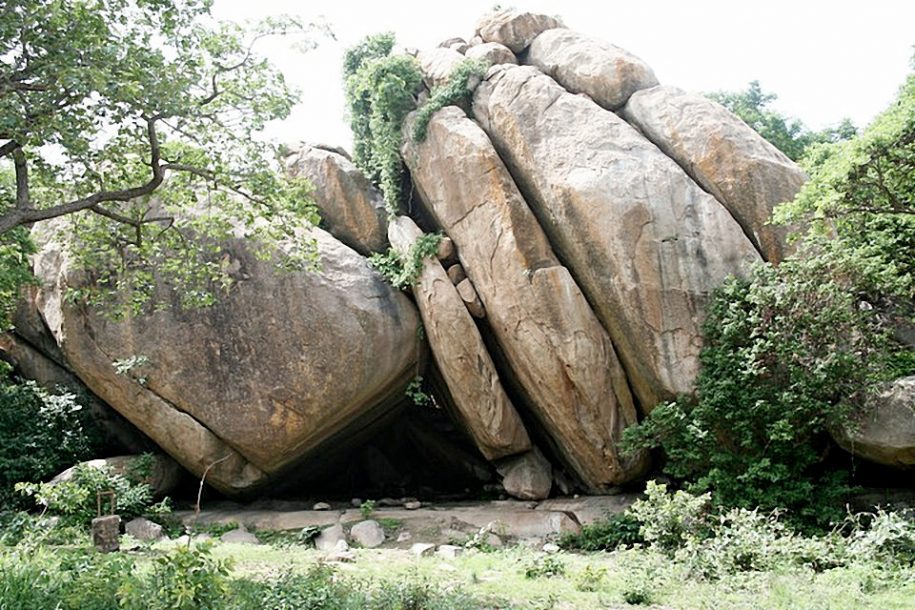 Hidden beneath the surface of Nigeria is mother’s nature finest caves and caverns which in the past have served as hideouts during pre-colonial wars and also as settling places for early dwellers. These mysterious and incredible caves if adequately harnessed would serve as great destinations for eco-tourism and even income generator for the local community. Here are ten of our favourite caves:

The Igbo word ‘Ogba’ means cave. Behind Ogba hills in Ogbunike LGA in Anambra is a cave that has served for years as an escape, hideout and also was a place of refuge during the Nigerian Civil War. There are about 317 steps that lead into the tunnel. At the entrance, visitors must take off their shoes and also women during their period are not allowed to go in. About ten tunnels leads into the main chamber of the cave; the main cave consists of a massive structure with a big open chamber of about 5m high, 10m wide and 30m long at the entrance. A stream flows out from one of the tunnels into a rapid flowing river (River Nkissa). Ogbunike cave is on the UNESCO world heritage tentative list. Every year in May, a celebration known as the “Ime Ogbe” celebration is undertaken to commemorate the discovery of the caves, on such occasion entrance is free. As you enter and move through the pathway, you are welcomed in by a large colony of bats of various sizes, don’t get scared-they are friendly and happy to see you. 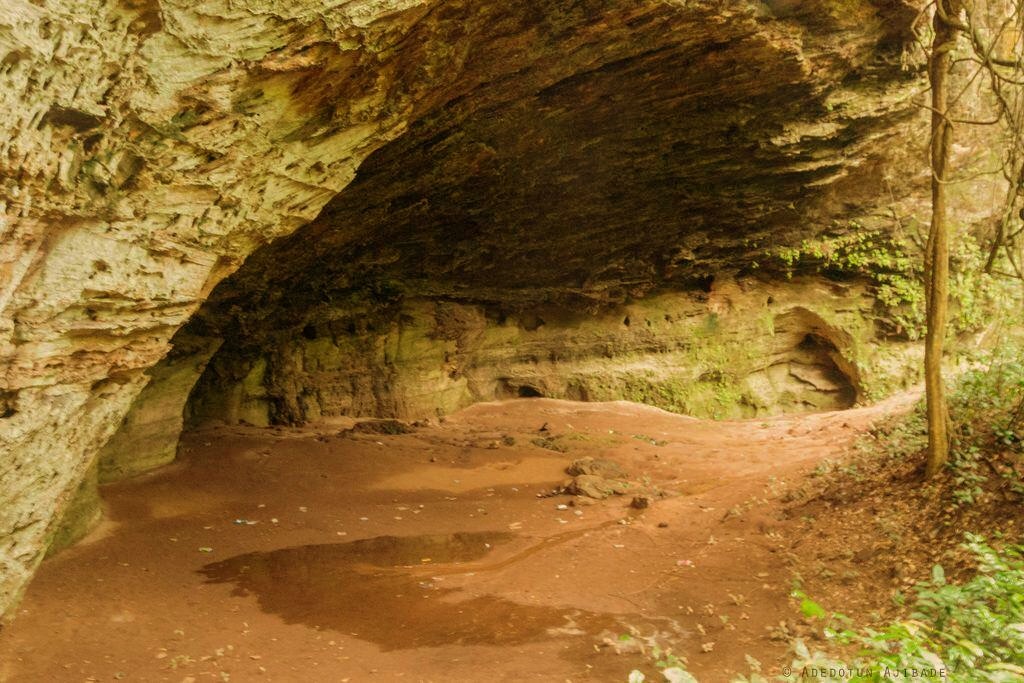 Do you know Nigeria is home to the biggest cave in West Africa?

Less than two hours drive from the city of Onitsha is yellow signage welcoming you to the beautiful cave at Orumba South LGA In Anambra. Both mystically and physically, this place is a beauty to behold. Ogba-Ukwu Cave in Owerre-Ezukala town is considered the largest cave in West Africa. With four rock-shelters, two waterfalls and other intriguing features, it forms a deep and complex rock formation with roomy compartments large enough to take in a considerable population. At the centre of the cave, is one large area said to have been the living room of the ‘god’ of Owerre-Ezukala. According to the locals, one of the compartment, accessed by the aid of stone steps, has an old elephant’s foot standing, long dead and dry. This place is worth visiting although potential tourist must prepare their mind as the infrastructures here are not fully developed for good tourism. 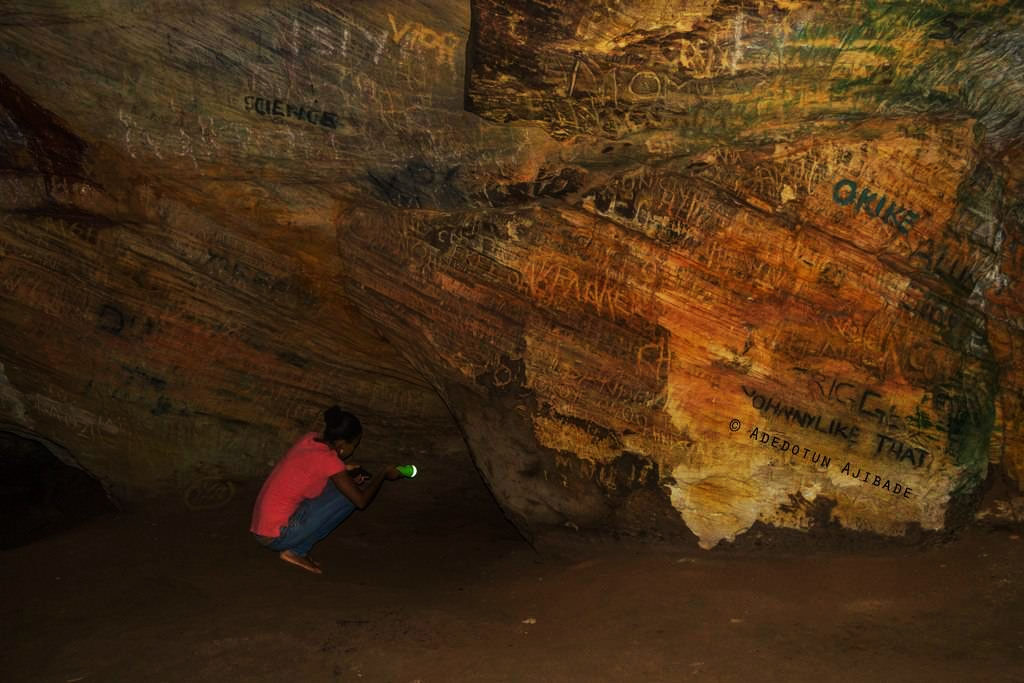 Awhum” sometimes written as “Owhum” but pronounced “Ohum” is a limestone cave about a thirty-minute drive from Enugu, capital city Enugu State, Eastern Nigeria. The limestone cave snakes through a stretch of steep-sided and picturesque hills which had been dissected in different parts by channels of flowing streams. The foot of the caves is about 300m long with twin cascades of waterfalls. The first intrudes the cave at about 30m from the entrance, while the second and also the biggest stands at the far end of the cave.During the day, from the roof light sips through the cave from the small sinkholes and illuminates the caves. The flowing stream along the floor is glistened by the incident light.

Located inside Yankari game reserve, these caves with numerous networks of hollow openings and artistic textures served as a settlement many centuries ago sheltering communities from wild animals and invaders.

These caves are prehistoric and are believed to have been the bode of a community of early men. Edegbake, the smaller of the two, is said to be able to conveniently accommodate 50 people while Oghodoghodo has a larger capacity and can take up to 200 people. A slow-flowing stream runs through Edegbake and there is a prospect for amateur fishing, excursions and general relaxation.

In Isarun,24km south of Akure south-western Nigeria is a rock shelter formed by the overhang of a massive block of gneiss at the foot of an inselberg. In 1965, Thurstan Shaw, the famous archaeologist, found the bones of prehistoric man, dated to more than 8,000 years B.C. in these caves. In the recent past this cave was lit on with fire by farmers who farmed around the area, hence its name in Yoruba-Cave of Ashes.

Twenty kilometres away from Ado-Ekiti in Ado Local Government Area, the capital of Ekiti State, is Esa cave which is believed to have shielded the people of the town during the internecine wars in the Yoruba kingdom. The caves are demarcated into various rooms of low heights and can accommodate about 30-40 people. Inside the caves are still evidence that it was once a place inhabited a long time ago.

The Amanchor cave is located in the Amanchor community, a hamlet in the Etiti community. The cave has an entrance with natural step-like structure; which is supported by a wooden ladder constructed by the community. The entrance to the cave is 6 metres tall. The cave has three tunnels; the second is called the ‘window’ which opens into the ground floor of the cave, which is about 6.8 meters deep, 4.8 metres long and 3 metres wide. From the ‘window’, one can view the floor of the cave. The third opening is referred to as the “door” of the cave and is about thirty-seven metres away from the window of the cave. An annual festival known as Orie-Ogba is usually celebrated in the cave on the last Orie (one of the four market days in Igbo cultural calendar) of the year in December.

Located inside the Ezeagu tourist complex in Enugu are iheneke lake, Ihu-ogba cave and Ogbagada waterfall. The cave which was discovered during the Biafran war when people were in deep search for hiding places used to be the habitation place of the Umuagu people in Omughu Obeleagu-Umana community until a heavy rainfall that resulted into a lake lead to their departure.There are two major narrow tunnels which measure about 3 meters in height and 1.8 meters wide with three chambers that lead into this cave. Of the three compartments, the first serves as a corridor linking the second chamber and the darkest chamber, which is the third. Like every other cave in Nigeria, the people believe the place is the habitation place of the Ogba spirits.

The popular Olumo rock has three main caves. During the old days of inter-trial wars, these caves is known to have saved the Egba people of Abeokuta and soon became a famous place of visit and worship. 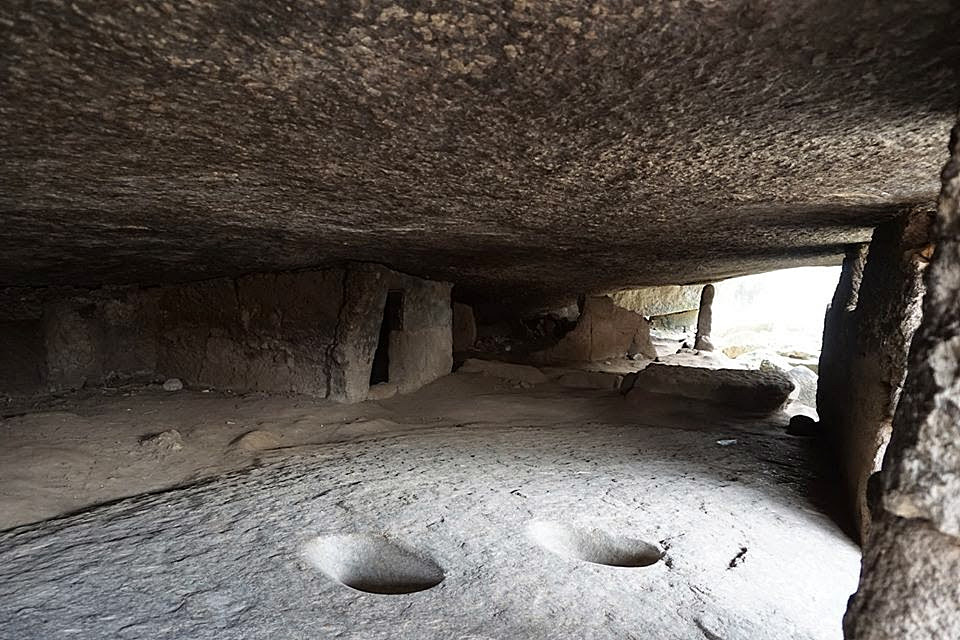