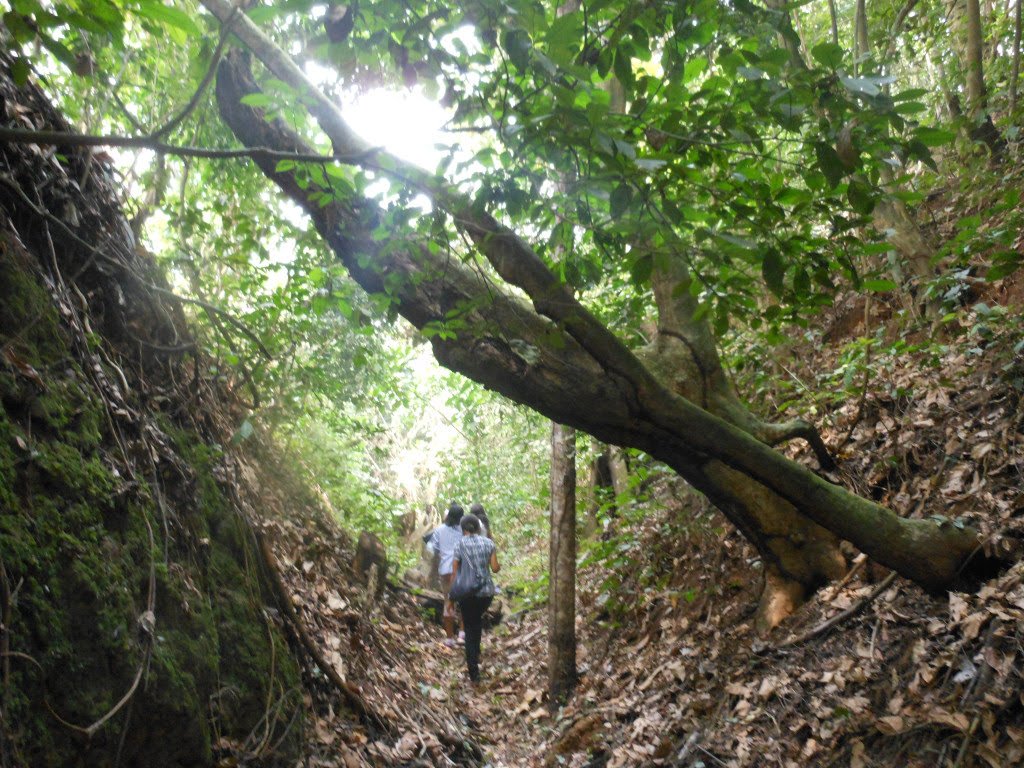 One of President Trump’s promises was to build a wall across the Mexico-US border. In history, the building of walls existed as a central part of the first civilization, the early creators descended from generations of wall builders. Let us take a closer look through history books of our own “Beautiful and Big wall”. The Great Wall of China, Berlin wall in Germany, Troy walls in modern Turkey, Defensive Earthworks of Tikal in Guatemala; all these are notable walls famous in world history. Not all history you will learn within the four walls of a classroom, among such notable history is that of Sungbo Eredo Walls.  Walking in dense rainforest with our tour guide a native of Eredo community, we are being sandwiched in between two red vertical walls glistened with mosses. Sungbo Eredo, one of the few surviving and largest monuments in Africa is not so known by many and only a few natives are quite conversant with this place.

Archeological findings have shown over time that West Africa had a long going civilization even before the advent of the colonial master, these facts debunk the idea that the development and civilization of West African societies came from the outside world. One of the very problems of most African civilization and history is the poor documentation; most were just passed from mouth to mouth in the form of oral history. Radiocarbon dating has given archaeological records of civilizations that predate the coming of Europeans to West Africa. There are more town walls in Nigeria than in all of the rest of West Africa, walls such as the ancient Kano walls, Sungbo’s Eredo walls and the walls of Benin; most of these walls were manually built without modern construction equipment and shows the sophistication of the early African societies.

The Ijebu word “Eredo” according to the oral tradition of the Oke-Eri people means an embankment or rampart.  Sungbo’s Eredo a system of rammed-earth defensive walls or embankment about 160m long was built to surrounds the whole of Ijebu Kingdom in South Western Nigeria during the frequent inter-tribal wars in the Yoruba Kingdom. The ruins left, mostly mounds of earth in the form of a ditch cutting through thick rain forest serve as formidable reminders of an existing organized kingdom. Though there is still no clear history on how such walls were built, oral traditions said that work was supervised by 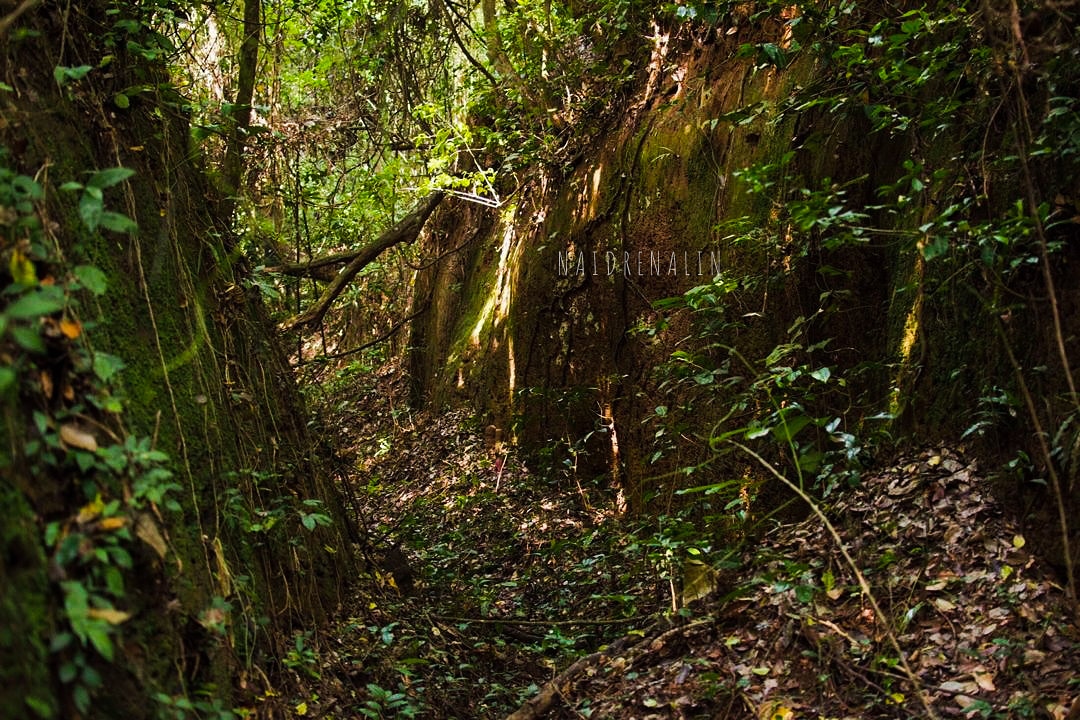 old men, young men dug the ditch with wooden spades to fill basket; women carried the full basket up and emptied them to form banks on the inner side of the ditch; while the children returned the basket. On average the embankment is about 3-6 metres tall. 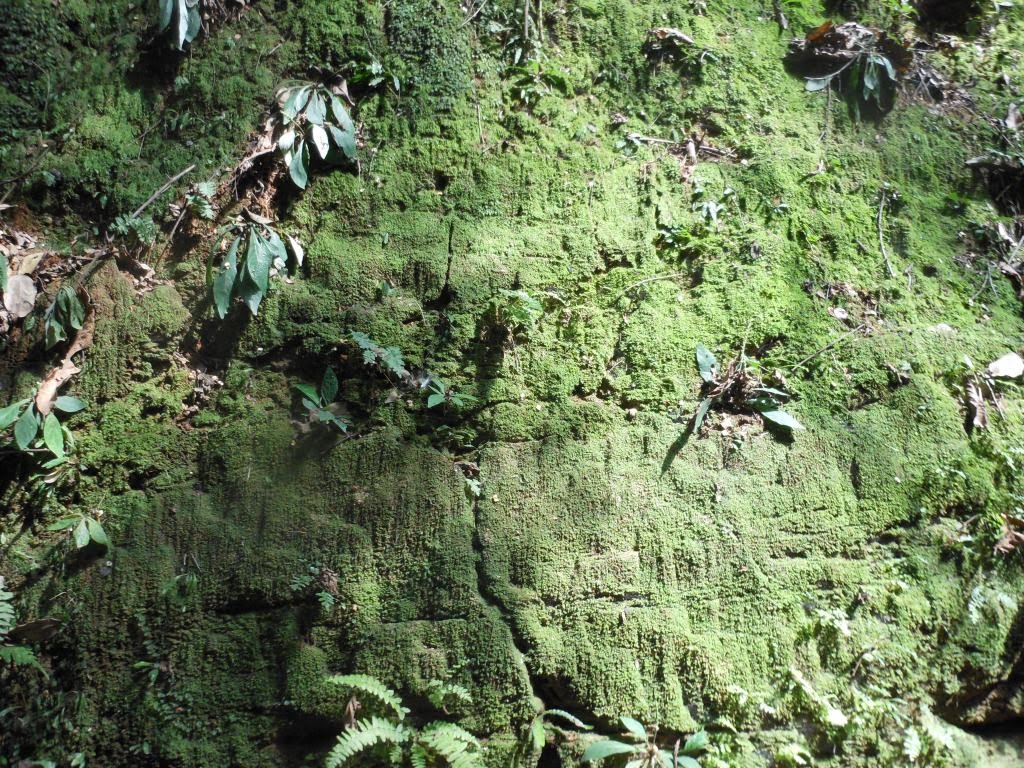 Recently many Nigerian and British archaeologists have successfully mapped out and studied the walls. Most of the studies show that a well-organized kingdom existed around the 10-14th century, the ruins are still located in four places; as you approach ijebu Ode 5 miles from Epe in Eredo village (best-kept section of the rampart), also 2 miles outside Shagamu to the west, 3 miles east of Ife on the Ijebu-Erimo road and 2 miles to the north of Oru on the Ibadan road.

A popular myth has it that the walls named after a wealthy childless widow -Bilikisu Sungbo, was built as a monument in  memory of herself using her slaves. But this proclamation is debatable given the fact that Sungbo Eredo walls stretch about 10km long with an estimated 3.5 cubic million of moved earth, such structure would take not just slaves but a deliberate communal effort. Some historians have also linked Bilikisu Sungbo the biblical and Islamic Queen Sheba (also Makeba which translates to Bilikisu in Arabic) as the same person, believing she left Eredo to Ethiopia and then Jerusalem to meet King Solomon to test him with hard questions and largest spice quantity ever brought to Jerusalem. King Solomon was impressed and she became one of his wives. This myth, however, can’t be discounted or disregarded as she was described as a dark-skinned woman in the holy books.

About 10km from the rampart found in Eredo village is Queen Sungbo Bilikisu’s tomb which is now a pilgrimage point for some religious worshippers (both Muslims and Christians)  and natives. Women and also dogs are forbidden from going into the tomb.