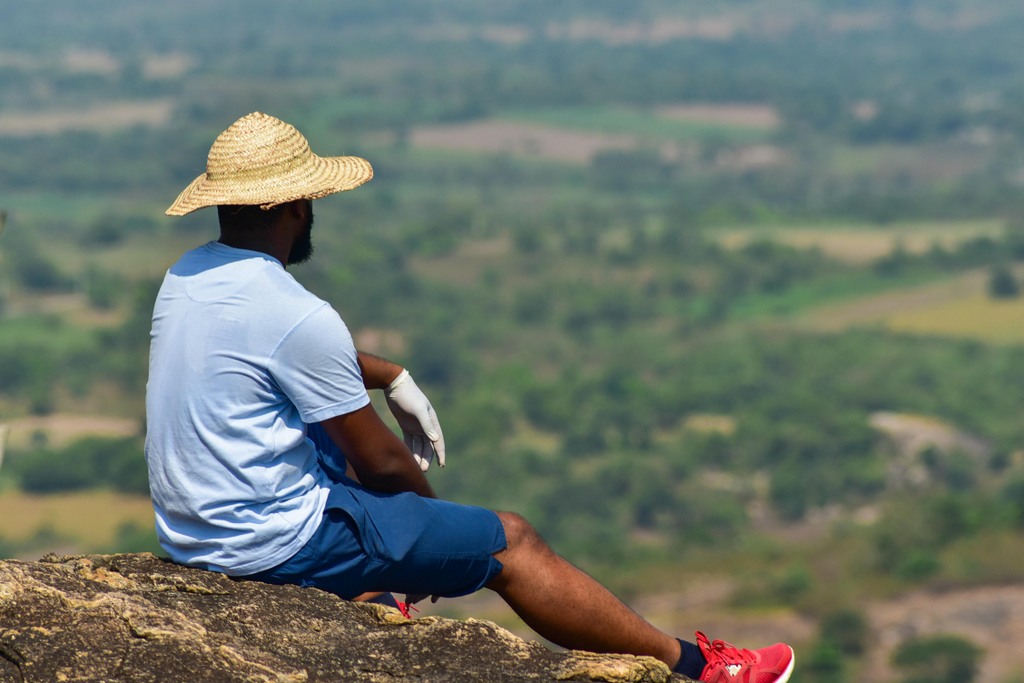 Hills & History: Travelling O.Y.O On Your Own

What I remember about my solo trips to Oyo is not Amala and gbegiri but the hills you find around everywhere. The Oyo Empire is one of the great ancient empires in Nigeria. The history of the Old Oyo Empire cannot be complete without mentioning the hills. These hills, mostly dome shaped rising gently about 500m above sea level, offered a geographical advantage during the various Oyo wars with their enemies and perhaps a reason why It was a place of choice for most early settlers. Most of the hills were hideouts and refuge for the Oyo armies. With this advantage, Oyo conquered so many kingdoms till its collapse in 1895 during the Yoruba-Fulani war.

Among notable villages in Oyo surrounded by hills is: 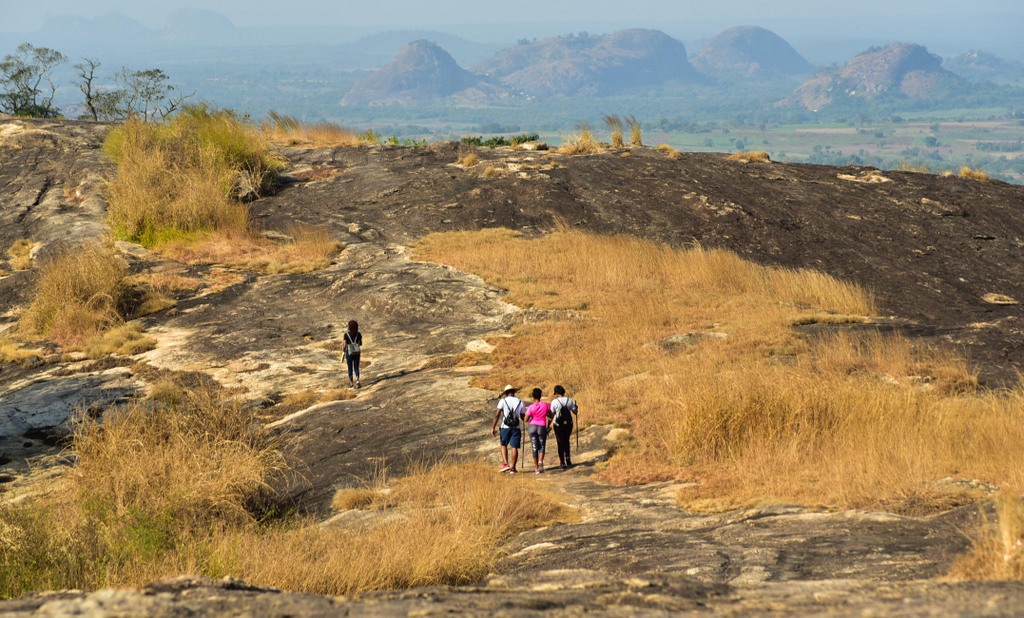 Ado and Awaye are two villages surrounded with almost 20 hills, from the top of the notable Oke Ado Mountain (one of the few Mt in the world with a hanging lake at the centre), you can see other hills at a go. Some of the other villages of Oyo are sandwiched in between these hills. Ado Awaye recently had a king after a very long time, a firsthand story from our tour guide revealed that the last king who died about 40 years ago from being poisoned by his kinsmen, placed a curse on the throne. No one will sit on that throne till the number of years he was meant to be a king is completed and that took about 40 years before another king could be installed recently. 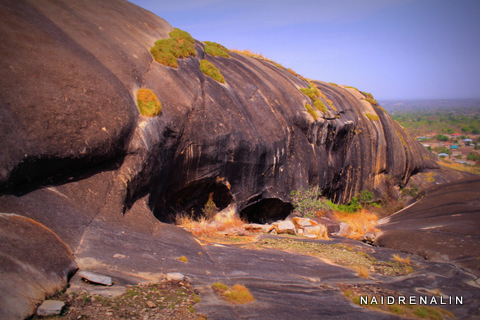 – Iya Mopo is a goddess turned into a Hill. Like a new bride, Iya Mopo stands out beautifully at 350m in the village of Igbeti (about from 3 hours Lagos and 5 minutes drive from Old Oyo Park) known largely for its marble export. Every year on Easter Monday, as a tradition, the locals visit the place in masse to promote tourism. History has it that she was the goddess of pottery. In the same Igbeti is yet another beautiful story of the Agbele rocks (the symbol of Oyo state tourism board). These naturally occurring rocks formation looks like it was carefully laid on each other. According to myths, the rock is a figure of a woman who stole yams dried openly in the sunlight. Unknowing to her they were owned by a power priest, she became a permanent figure just like the biblical wife of lots. Igbeti also is surrounded with sixteen hills, making it a beautiful call for adventure. 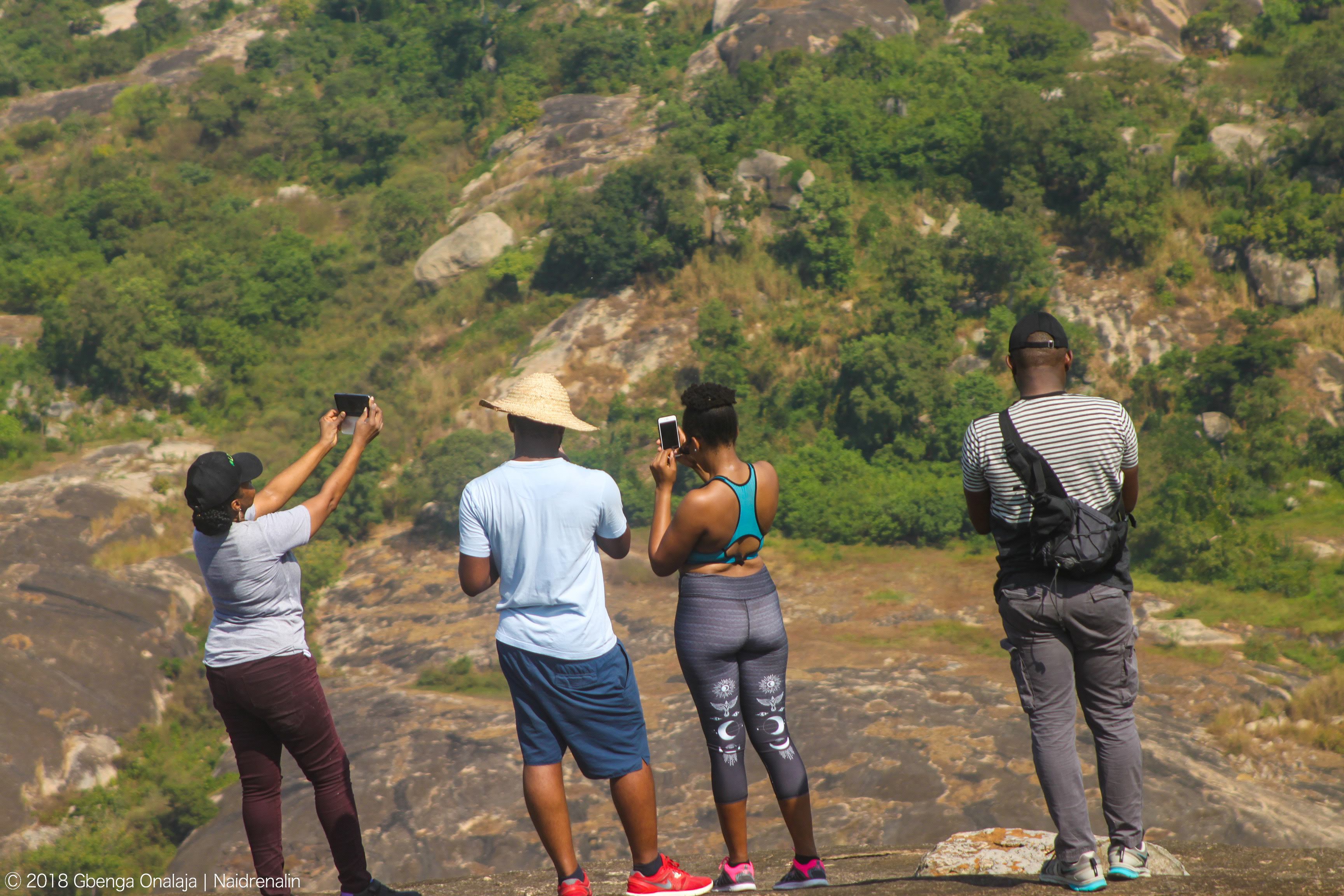 According to Old Oyo’s oral tradition, Koso was once the capital of Oyo Empire. There were three earlier capitals near the River Niger. The people moved to Koso for security reasons and settled on Koso Hill and below the Bara Mountain. They later moved further South to Oyo Ile, then to Ipapo Ile, Igboho, and back to Oyo Ile before they finally settled at the present Oyo.Bara is about 3 kilometres northwest of Koso. It was a settlement site where late Alaafins were buried. The god of thunder and lightning -Sango is popularly also called OBAKOSO or OLUKOSO, which according to some faction of history, said was derived from Koso, the place he ruled as the third Alaafin of Oyo.

Iluku Hill which means “Ilu kii Ku, literally translates to,-a town never dies. Iluku hill is another popular hill in Old Oyo empire that also accommodated the amalgamated settlers of Sanndo, Agere and Ito, who later formed Ofiki and Agoare. During the Old Oyo-Fulani war, the caves and topography of the caves offered sanctuary to the settlers. Iluku Hill is owned by all the three quarters in Ofiki and Agoare. The Alagere is the custodian of the hill and Aboluku is the priest of the hill.

– Located in Eruwa in Ibarapa LGA. It is believed that no king in the Yoruba land must set his eyes on the Akolu Hill. Most of these hills are worshipped every year. It is interesting to note that all these hills serve as religious places for the three known religion in Nigeria 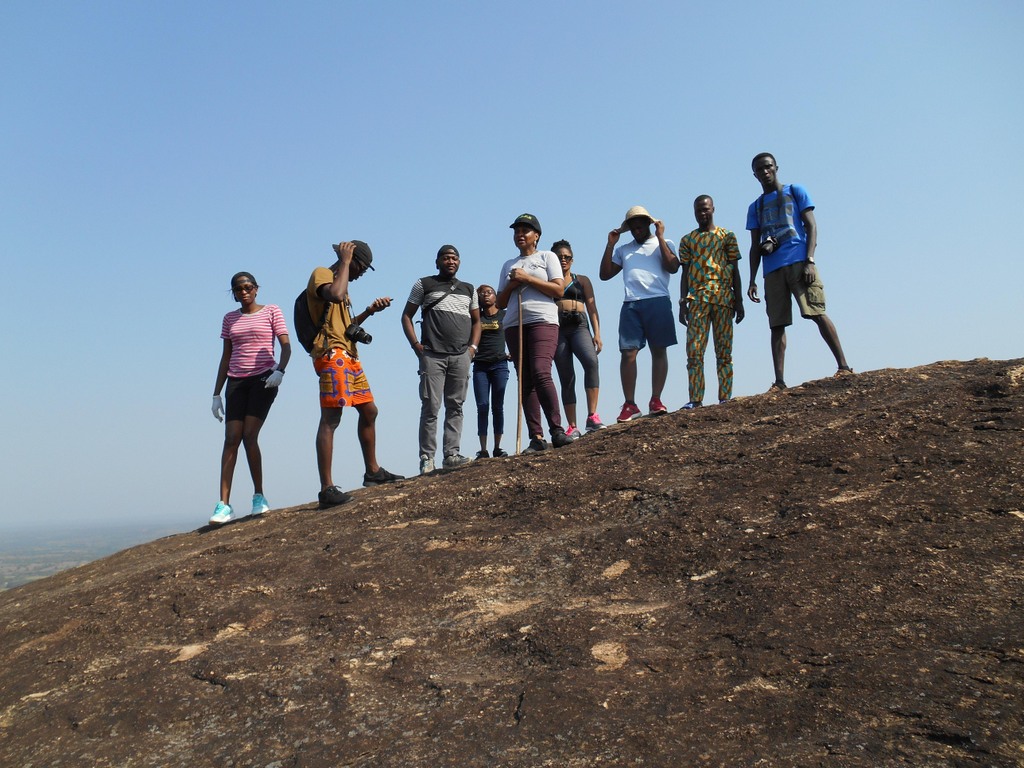