The Adventure trip to Jebba (Published by the Guardian) 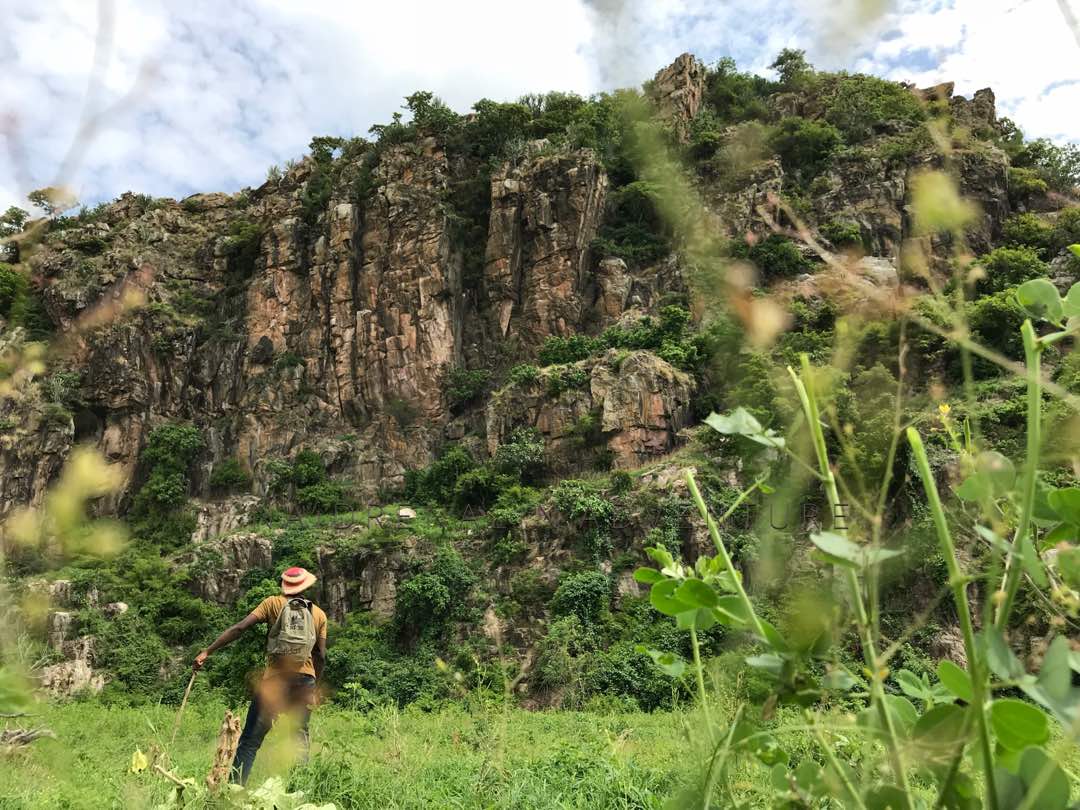 I wrote this article for Guardian Nigeria this month, here is my original copy with pictures included.

“Je” is to Flow, “Ba” means here. JEBBA-water is flowing here. That was the first hand story, the tour guide gave me.

Standing at the Border of Niger and Kwara in Jebba, I was one leg in Niger and one leg in Kwara. A city divided in between in two states; Jebba South to Kwara and Jebba North to Niger. The north Jebba is regarded as the historical and ancient Jebba. Jebba is not a place you find on popular tourist destination in Nigeria. 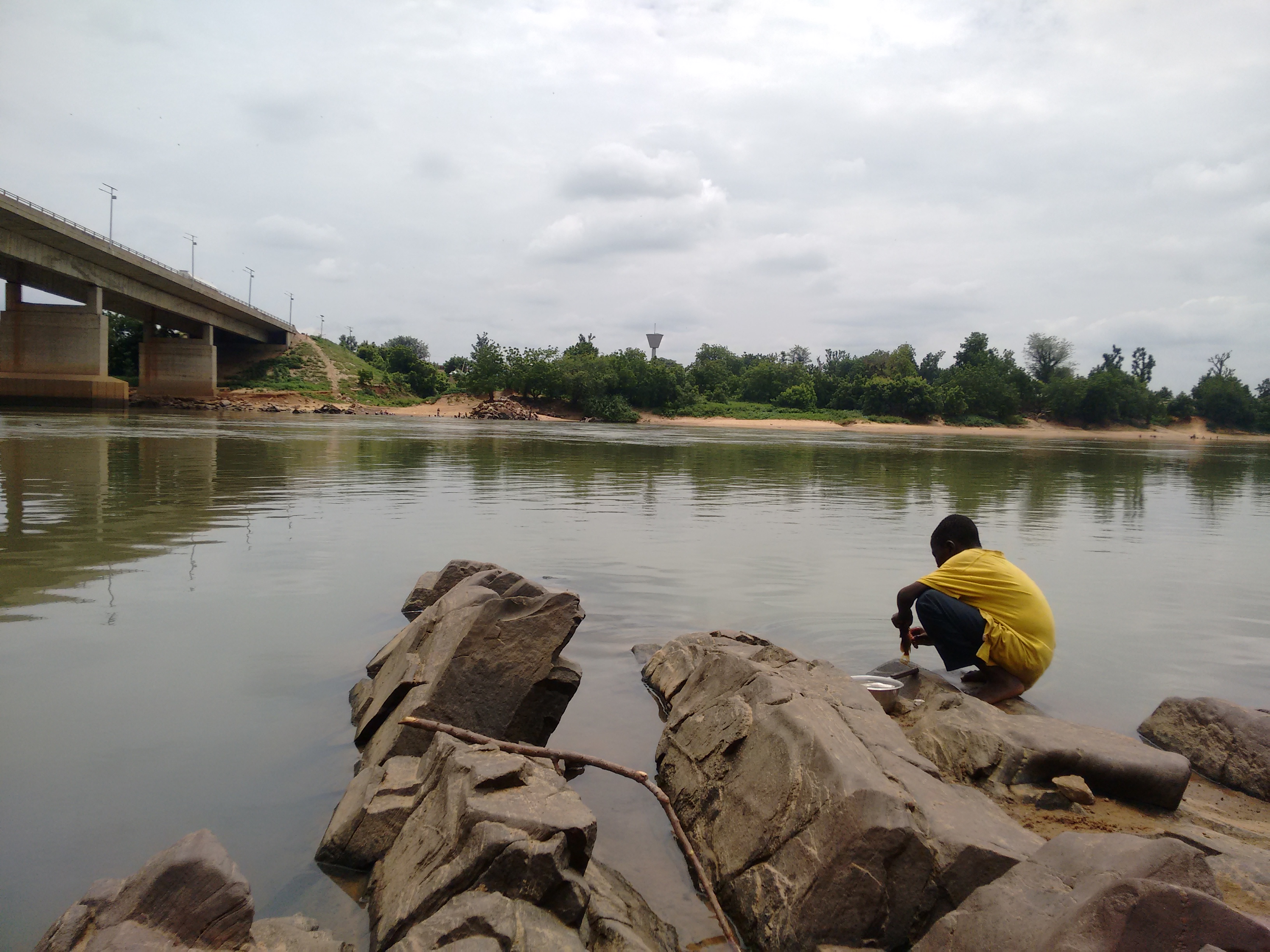 5 minutes at the bank of river Niger in ancient Jebba North, I have four things on my bucket list: talking to locals is first and  my own great way to find original ideas about any new location. I move closer to the bank where little kids were diving and having the best of time. Here, the river provides for most needs-it’s a road, a bath, a source of food, living and water. 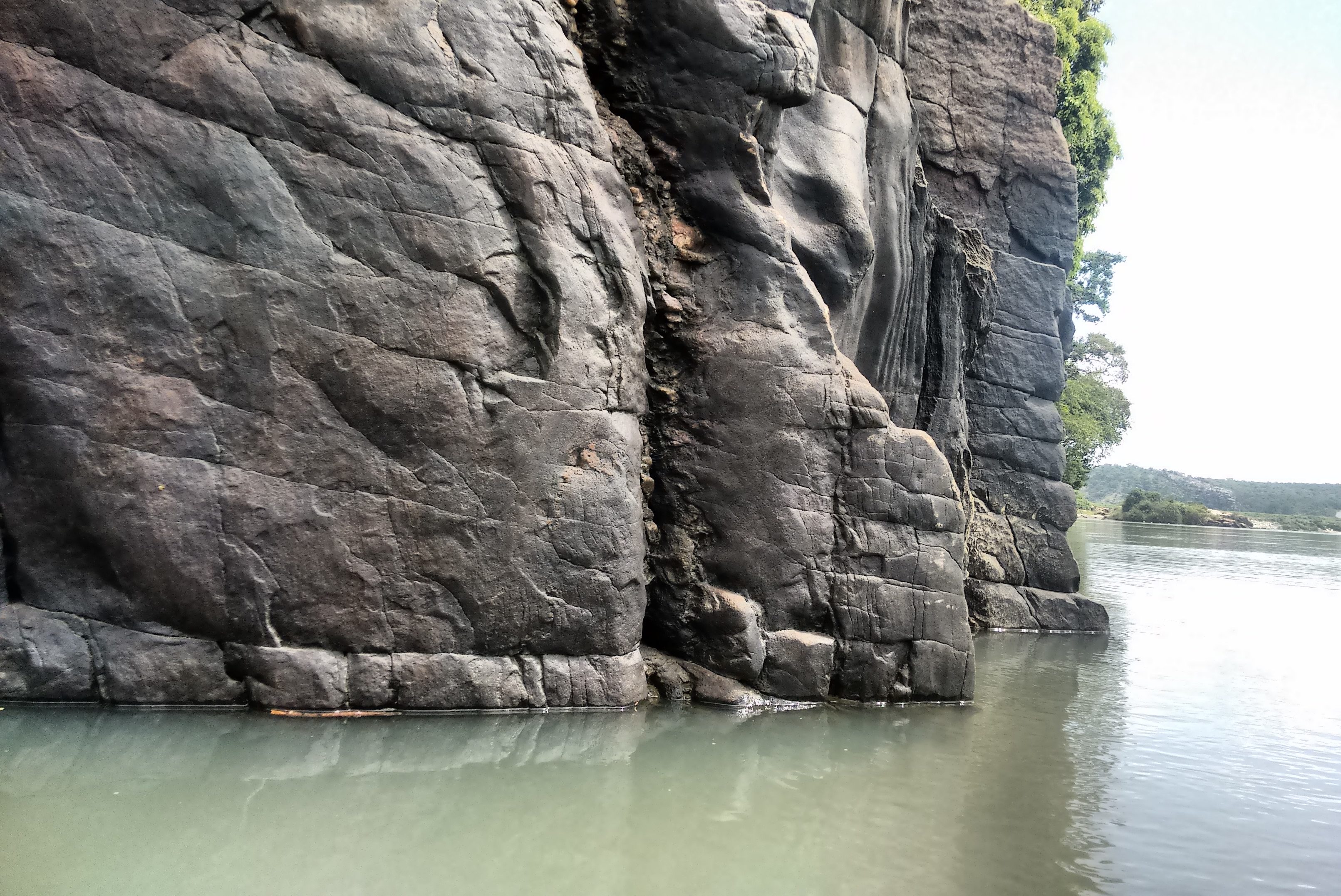 Before taking pictures of people, I made a little time to make contact, smile, chat, admire the beautiful baby playing with her mum at the river bank. Then I asked the older sister who could speak English: ‘Can I take a photo?’ No problem the little girl replied. They pose and I shoot. I don’t want that formal shot but when they relax, I click again and again. They liven up, giggle. Perfect. The majority of people here are Nupes and very friendly. After the picture, some of the girls left the river for school-she was in the afternoon session at Mungo Park Secondary school. 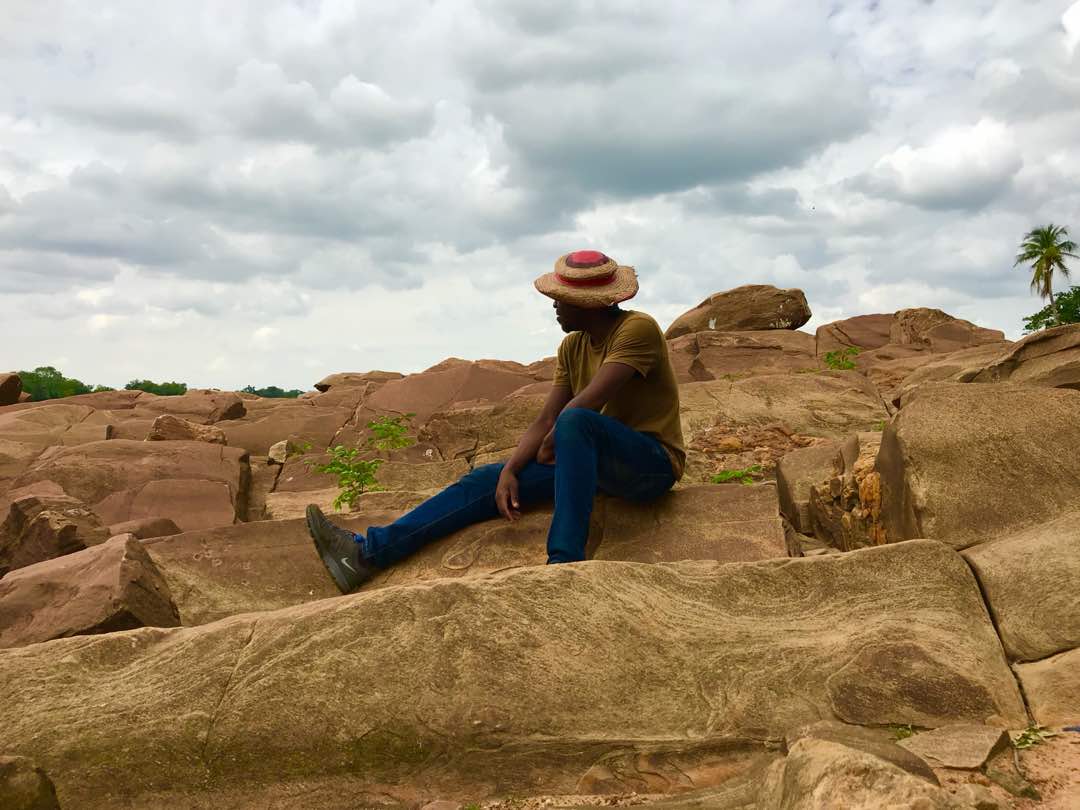 Mungo Park! Scottish Explorer and first westerner to have travelled to the midpoint of River Niger and he died on same river while trying to escape hostile attack from Natives.  Just about 10 minutes from where I am standing, he had a shipwrecked on his travel course. Mungo Park always travelled with the natives to aid his navigation, together with my friend, we are standing with Aliyu a native of a village called Gungun– a word for island in Hausa and we are rediscovering what Mungo discovered in 1868. He started his story with the pride of a peacock- we have 2-4-7 electricity here in our village. For a village just located close to one of the hydro power station I wasn’t too surprised.

Next on our bucket list was to see the Juju rock formation. Juju! What a scary name for a Rock. The first time I saw this place was on a postcard on pin interest posted by a European who visited.We moved to another village called Mazhi- named after the hausa man who first relocated there in 1968. Mazhi was much closer to the Juju Rock. The Sun was now baking hot, we are all sticky with sweat by the time we had stowed away our gear. We got on the boat, and once on the river paddling with the current and feeling the breeze, the heat became tolerable but my fears still made me sweat. Aliyu told me about Hippos that frequent the water, and how the local hunters due to frequent attacks killed one sometimes in 2015 (with the permission of the government, so he said). 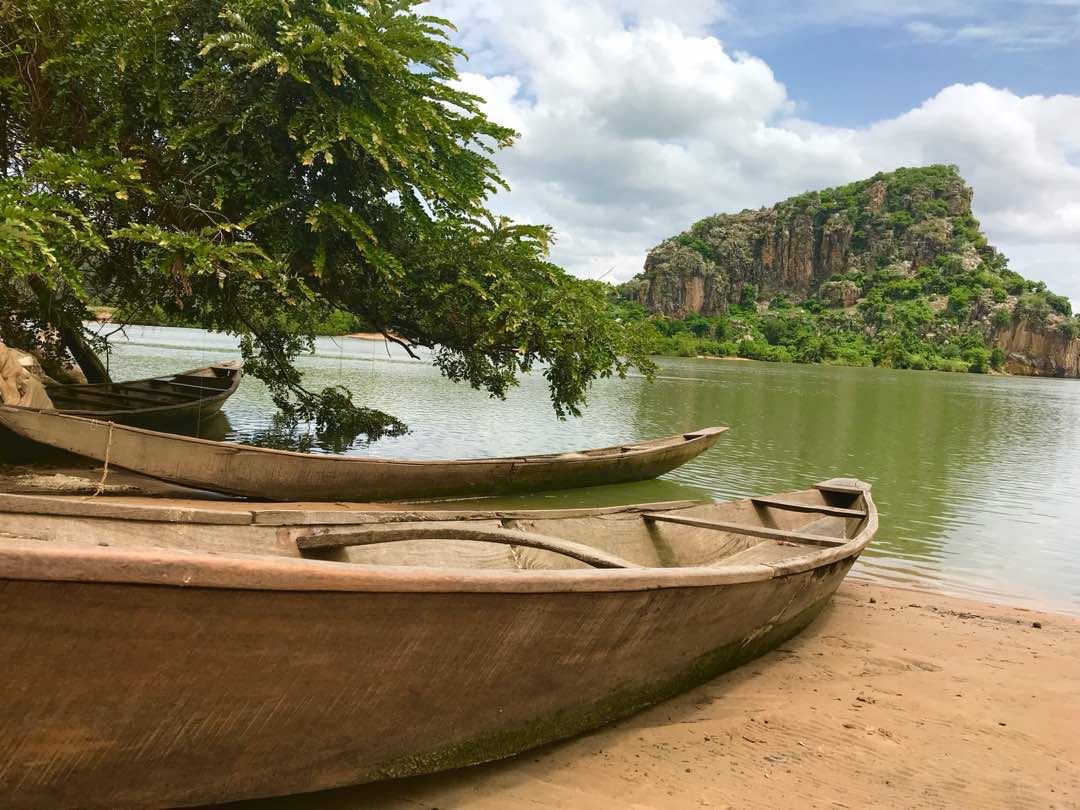 Scenes from Natgeo Wild rolled across my mind like script in a movie-Tap the canoe paddles-as rapidly and as hard as possible, once you see an hippo fully submerging. Hippos are carnivorous, but are territorial.

We kept going. Kids as young as ten paddles past us, piloting small dugout canoes. Brave!

A blue sky, canoes, hills, and water look together in dream logic. I wish I could swallow the view and spat them out again onto to canvasses. I took my camera, took few shots and got myself soaked in this beautiful composition. The scene was so similar to an island in Thailand popularly called James Bond Island, after it was featured in James bond’s movie. But #ThisIsNigeria!

Few minutes after we got back to the bank – a little boy screamed in Hausa-“Gashi nan! Gashi nan! And pointed in the direction of circular water ripples.

There she was basking under the hot sun. 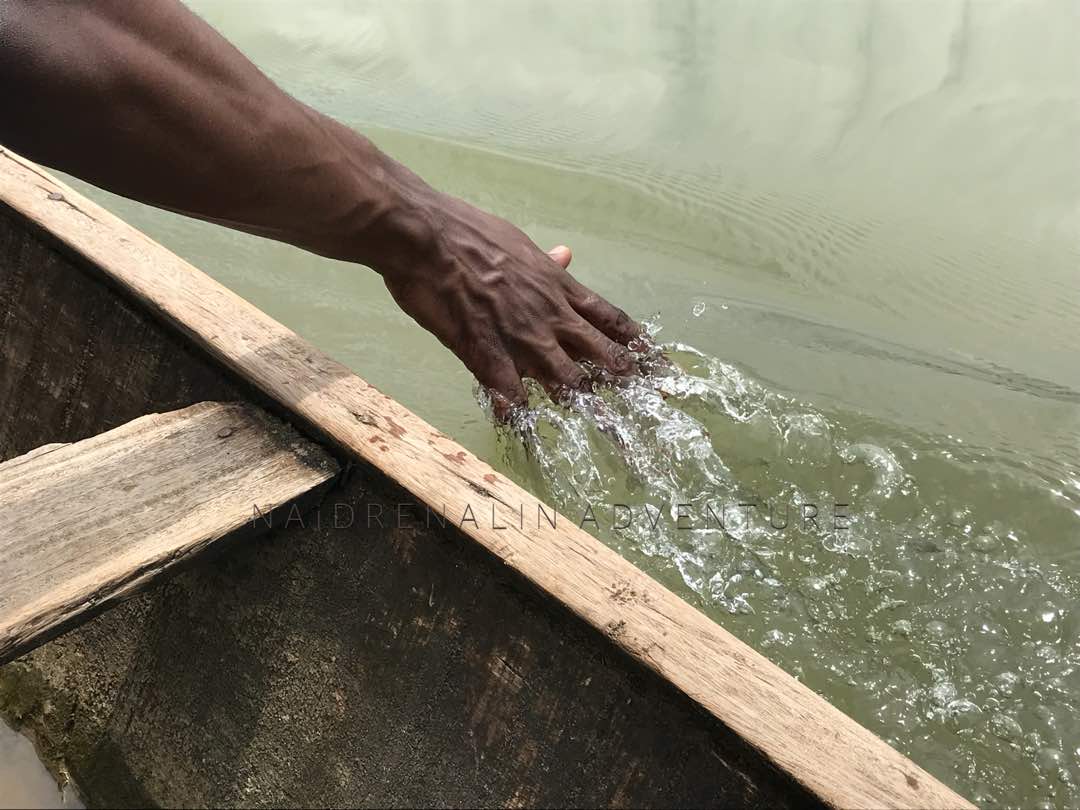 THINGS TO DO IN JEBBA: