Despite the fact that Nigeria is blessed with various hills and mountains, hiking is still not a culture in Nigeria, but gradually it’s gaining ground with few hiking clubs around. As Naidrenalin, we are proud to say we have conquered a few since we started this group(Erin ijesha, Sobi hills, Kajuru hills) and this time we went to Idanre hills (a UNESCO world heritage site).

When it comes to planning group trips for our adventure club, I have the type of personality that usually leaves me as “the planner”.So here I am again trying to get things done so we get to Idanre at the right time. We got to Idanre @ about 5 pm, two others joined us from Lagos making it 10 of us all together.

We lodged out in the hotel-Hilltop (a review of the hotel coming soon) and just as the name sounds, it was right on the hill with a perfect bird’s view of Idanre 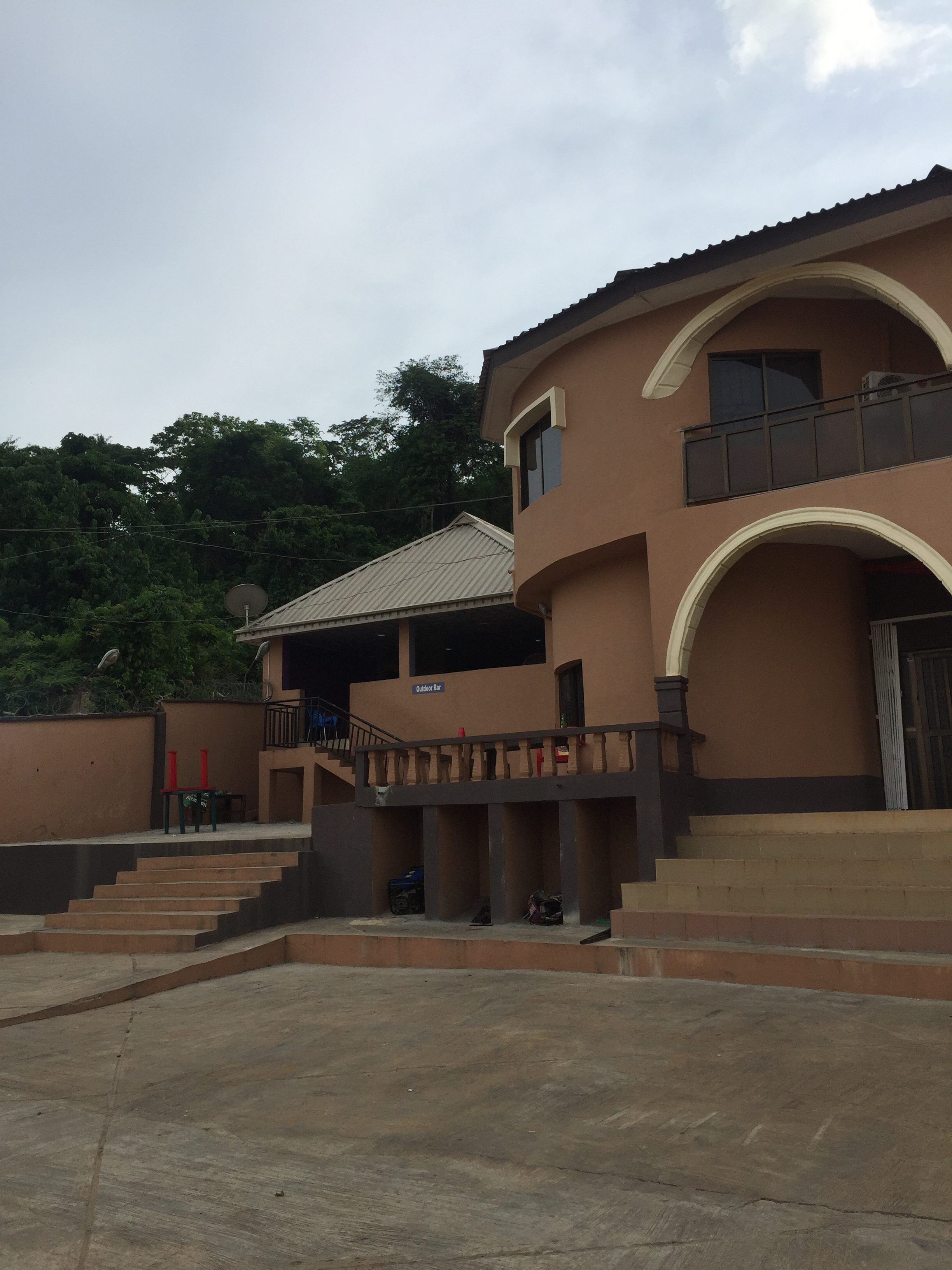 I’d been wanting to grill for a long time,so later that evening we came down and decided to set up the grill stand. I think because there is a place around the corner with a huge grill set up already, our grill came easy. We bought some chicken from the locals, spiced it up with the spices we came with, and the chicken is grilling fine and almost golden brown.

It was a grill and chill moment-the lyrics of Dagrin flowed with the smoke from the grill. We ate, drank and all retired to bed.

Early Sunday morning we woke up and got prepared for our hiking, our driver drove us to the section of the town where we would be starting our hiking.

We started down the trail and I was filled with a renewed sense of adventure. Everyone had no idea what to expect except me, as  we headed towards our final peak of the day, Rogba (a friend) and I discussed how everything will go so I started a video to wish one of the Naidrenalin member a happy birthday, and when it got to Rogba’s turn, he went on one kneel, my cameras were set to captured this moment (any delay or mistake won’t be forgiven). 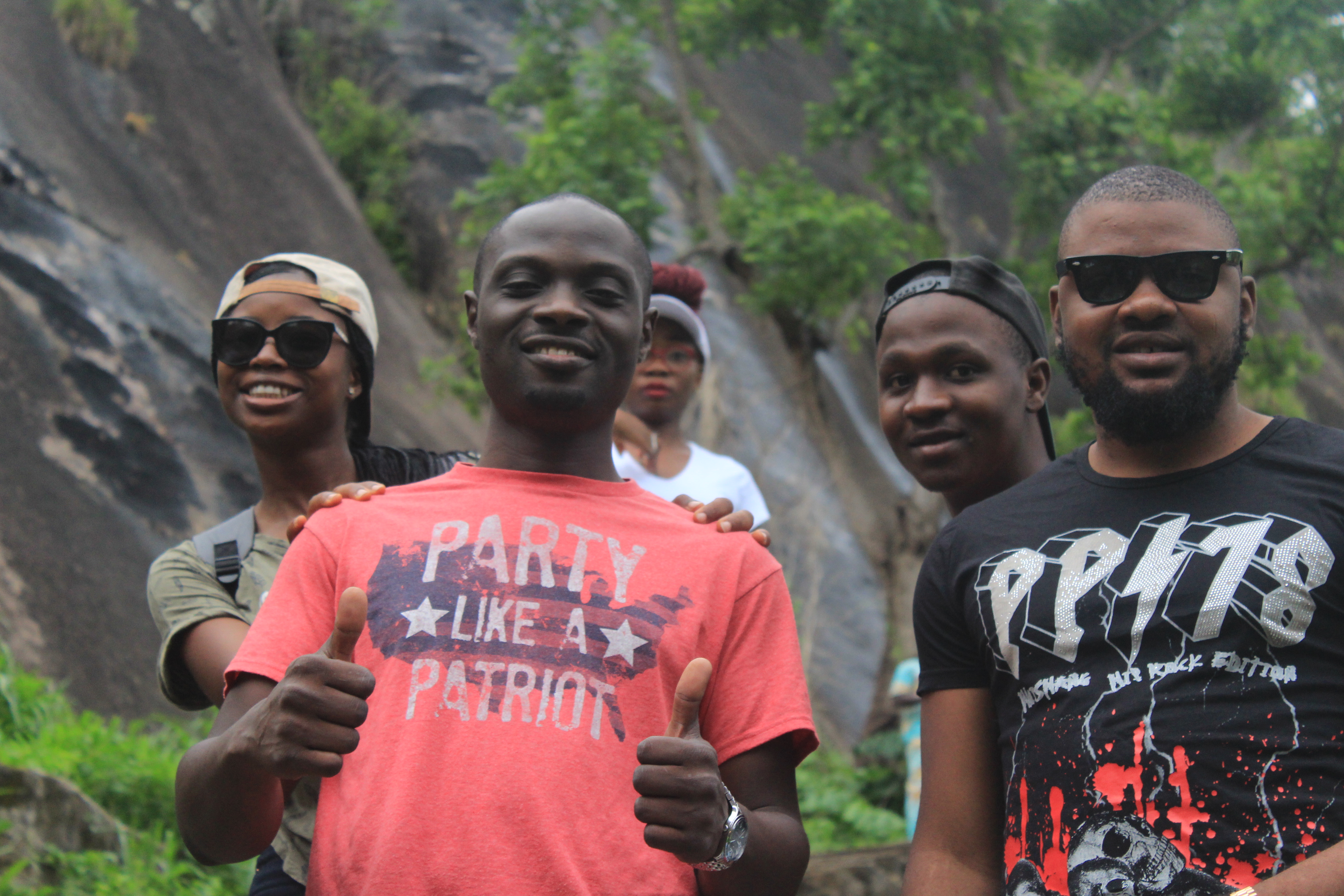 He eventually  started out with how much he loved her, she stayed there looking bewildered. It was such a powerful moment and so very beautiful. I don’t think she even heard what he was saying, but she said yes- of course!  All in all the proposal was perfect reflection of the two of them, ecstatic, awkward, and in the end, picture perfectly romantic. That was the second proposal from our numerous trips, the first was Segun, that pulled a similar stunt at Kajuru hills. 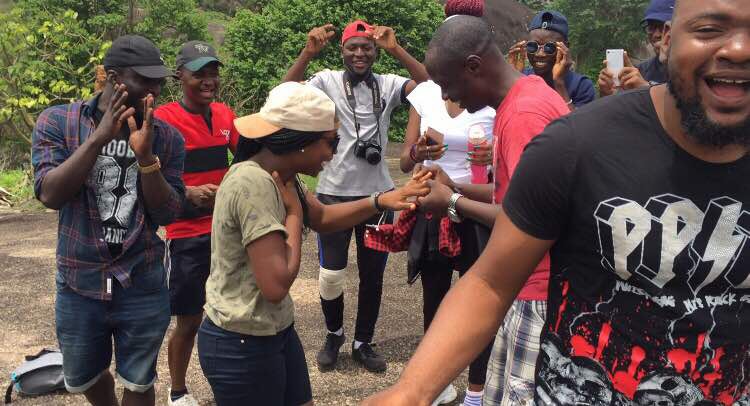 Everyone is looking for the perfect place and time to pop the question. Clichés are fine, but what makes hills remarkable place to propose? The answer is simple, she says No, you throw her off the hill lol (psychopath alert), but jokes apart hills are very romantic place to put a ring on it. Driving pass after years have gone past in your marriage, you can have a “how I met your mother” moment with your kids -Boy look up right there ! 20 years ago at the peak of that mountain/hill I proposed to your mum. Wow that was romantic Dad 🙂

We were elated by the amazing series of events that had unfolded and did not think anything could have made the day more perfect… besides later hunting for mangoes in the bush , As we began our decent down to the bottom, she is still staring at her ring. 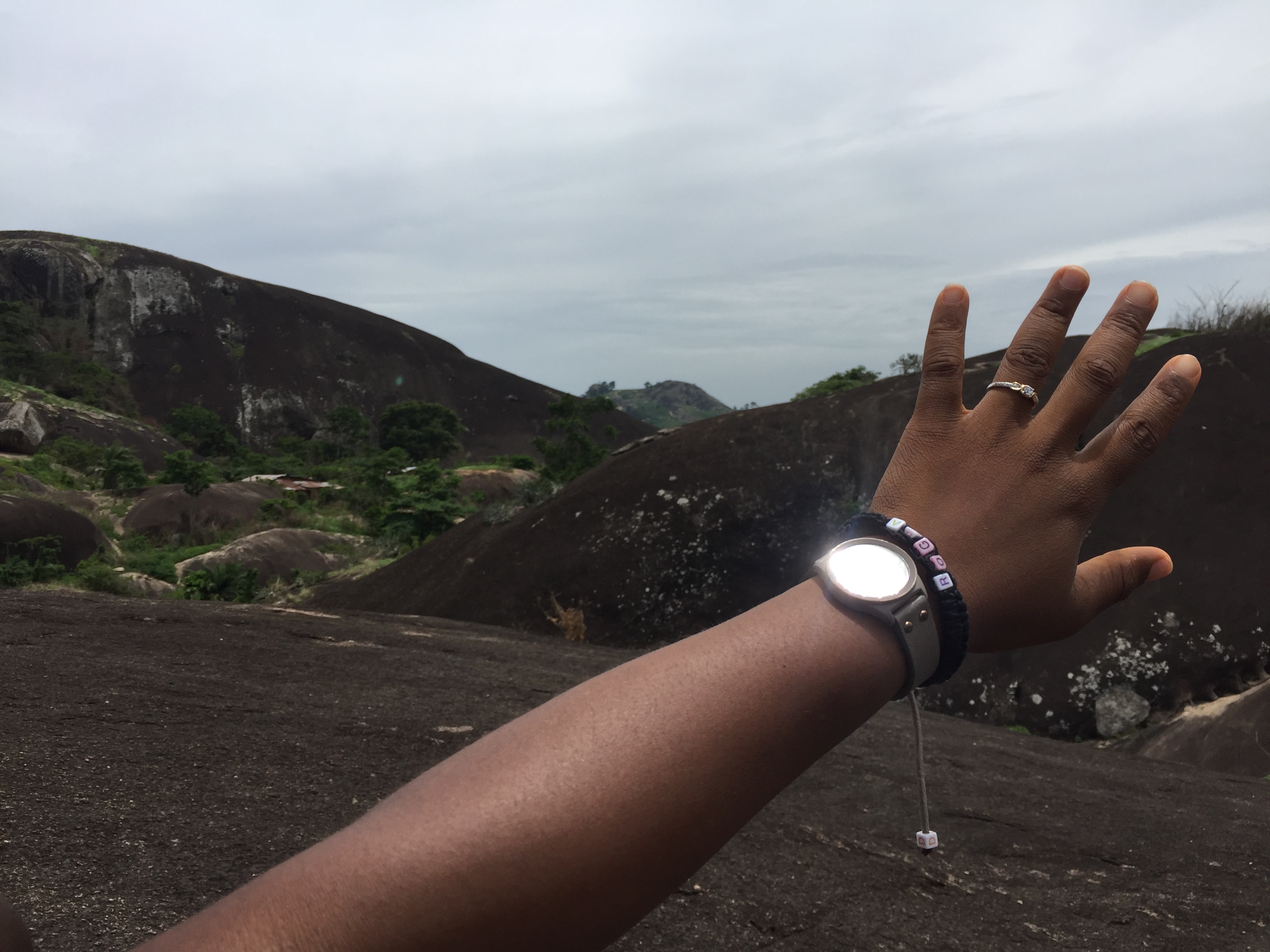 And it was indeed a wonderful and memorable hike. Ifunanya (part of the 10 of us that hiked) shares her Idanre experience on her blog-sunlightdreamer and here is a repost.

Hi guys! So in the spirit of seeking out adventure and exploring new places(read here) I joined some friends from my adventure club naidrenalin to a hiking trip on idanre hills.  The journey to idanre was a lot longer than I anticipated. The town itself is tucked away nicely between the various hills that surround the area.

The morning of the hike day arrived and we suited up and got on our way. Everyone was excited as we looked forward to what lay ahead

Eventually we arrived, after taking in the scene we paid for a tour guide and were soon on our merry way

There are a total of 667 steps and 5 resting spots before one reaches near the top of the hill and has to depend on your own sturdy feet for support.

As we embarked on the climb, the guide began to regale us with the history of the anciet kingdom of  Idanre. Long time ago, a descendant of Oduduwa the ancestors  of the yoruba people, stole Ade Omo Oduduwa the magical crown and fled Ile Ife his ancestral home with a posse of followers. The crown was meant for Oduduwa’s son and  for that he incurred the wrath of his kinsmen. They were chased deep into the jungle and forced to lead a nomadic lifestyle for many years until at last they came upon a range of hills. In consternation, they exclaimed: “Idanree!”( a yoruba word for “this is wonder”). The hills became their refuge, a strategic protection against their warring kinsmen and invaders. There they settled and lived for over 800 years until they migrated downhill in the year 1923.

After a brief war with fatigue and vertigo we arrived on level ground.

We sat at the hill top and took in the sun and fresh air.

From the top of the hills, you are get an eagle-eyed view of the town and its surrounding: beautiful scenery contrasts sharply with the awesome perspectives.

The legend of the Idanre Hills is incomplete without the mention of Agboogun, a great hunter with supernatural ability. A popular account asserts that the great hunter asked three of his sidekicks to accompany him on a journey. On their way, he paused to inscribe hieroglyphics on a hillside, and the cryptic inscription became known as the “Unreadable Signs.”

Then the mystical: A dilapidated building, a blackened slate with written words of warning written on it. It belongs to Chief Lorin, one of the chieftains who could well be described as the kingmaker.

We decided to take a breather underneath the aptly named wonderful rock which is strategically balanced on its side.

A little distance away is the king’s court, a mud house recently renovated. This is where the ancient kings of Idanre kingdom held counsel and attended to their people.

We also visited the first primary school which was set up in 1896. On our way down we were shown the sacred thunder water. The legend goes that the warriors of ancient Idanre drank the water(the water is formed when lightning strikes the rocks) and it made them victorious in all their battles.

The sleepy an unassuming town of Idanre has stolen my heart. I was only disappointed because I didnt get to see the Arun river and Agboogun’s magical foot print carved into the rock, I will certainly be making another trip to Idanre in the future, I look forward to another adventurous hike thru idanre hills.

So what do you guys make of this trip? I would love to hear from you…..xxx